Hebrew is a pictorial language, much like Egyptian hieroglyphics, and hence the letters have meanings - a literal meaning, or a noun, and a symbolic meaning, a verb or the expressed role, action, or character of the literal meaning. For example, when we take a look at the literal meanings of each of the letters in the Hebrew word 'TORAH,' which are the first five books of Moses in the Old Testament or Tanakh, this is the amazing result: 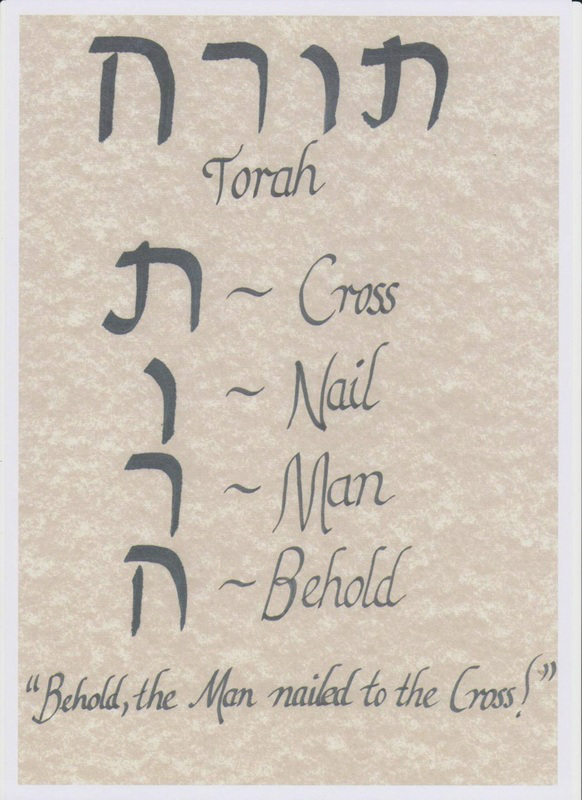 As we can see by this extremely powerful example, the Hebrew word 'TORAH' points to the Gospel - Yeshua's wonderful sacrifice on the Cross! Hence, not only is the Torah all about Yeshua, but the Hebrew word itself points to Him! This indeed is one of the many proofs that Yeshua is the center of the Word AND the language of Hebrew. There is confirmation of this from the Word spoken by Yeshua Himself in John 5:39 and Revelation 1:8 respectively (NKJV):
"You search the Scriptures, for in them you think you have eternal life; and
these are they which testify of Me."


Since the Bible is a Jewish, or Hebrew book and it is written in the context of the ancient Hebrew culture (as you will learn in this course), then the latter verse above can also be written as,

The Hebrew letters within a word not only have their own multiple meanings, but the letters can be rearranged in a name-word to form new words that are IN CONTEXT with the original word. For example, when we rearrange the Hebrew letters that make the name 'YAHWEH' - the inexpressible name of God, Adonai, or HaShem - this is the astounding result: 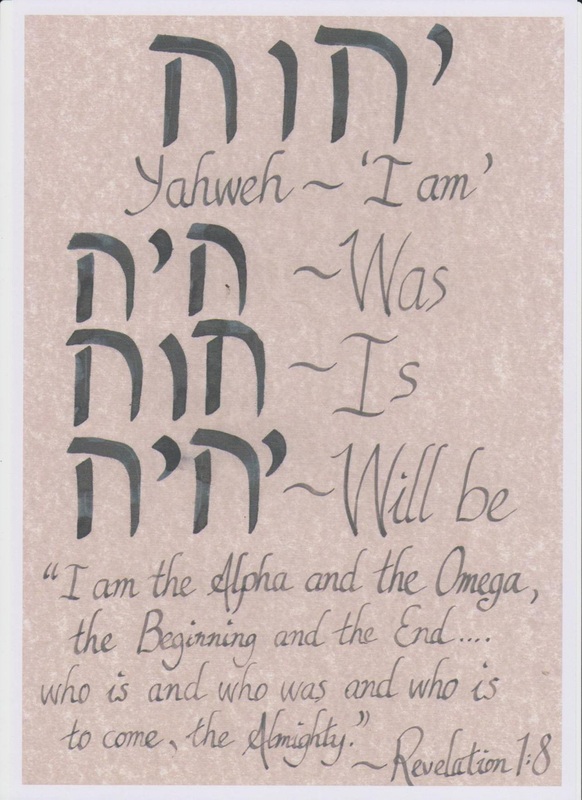 As we can see by this awesome example, the new words formed are literally IN CONTEXT with the eternal character of Yahweh and His unique ability to know all of history in advance! This is again confirmed in the Word by Yahweh Himself in Isaiah 46:9-11 (NKJV):

"For I am God, and there is no other: I am God, and there is none like Me,
declaring the end from the beginning, and from ancient times things that
are not yet done...I have spoken it: I will also bring it to pass. I have proposed
it; I will also do it."
So you see, dear Truth Seeker, from just these two amazing examples, there is undeniably something VERY special indeed about the language of Hebrew - particularly the multiple meanings of the individual letters themselves.

Now are you starting to see that the spiritual side of Hebrew is truly worth investigating? Please continue to the next page for a little more appetizer by viewing some FREE sample pages from this course on the following page....